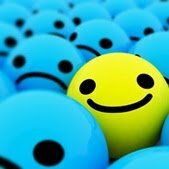 8 years ago
dani taylor
Shop All
No Comments

So, you’ve decided to make your health a priority. You’ve gotten into a fitness groove where you are working out hard and consistently. You’re finding yourself not really going out on the weekends and instead you’re making sure you get a good night sleep. Maybe you’ve even started packing your own meals and taking them with you so you aren’t in situations where you have no choice but to eat less than stellar foods. You’re probably feeling pretty good about yourself. Even on days where you have to drag yourself to the gym (and there will still be those days) and bargain with yourself not to eat the cookies at the Christmas party, you always feel better after you do it, both mentally and physically. Every time you keep a promise to yourself, you deepen the behavior pathways in your brain, creating new habits. You may eventually feel like you’re prepared for any fitness roadblocks. One thing that I’ve found that most people are not prepared to deal with, however, are the unsupportive people in their lives. What’s worse, is that they are often the people closest to you.

Negativity can come in many forms, and it will. It can come in the form of “Eat a sandwich. You’re too skinny.” or “Don’t you have a life?” or “You’re getting too bulky.” or “Ew. How are you even eating that?!” or “Just have some cake! It’s not going to kill you!” or a myriad of other things like eye-rolls and faces being made (I’m talking full grown adults here). As vegans, we are mostly already used to dealing with this, and being a fitness enthusiast is really no different. As a vegan athlete? Be prepared to get it from all angles! 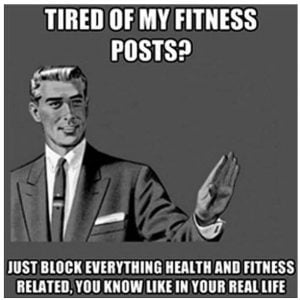 Rather than get angry, I think it is best to really think about why a person may feel that making snide comments or being rude about something that you are enjoying (that isn’t hurting anyone else, I might add) is appropriate. There are usually a couple of big reasons for this. One, is that the person feels as though you are leaving them behind for something better. Maybe you used to eat pizza and watch movies together on the weekends, for example. With these people, I like to extend an invitation to they gym with me. Often times, this is enough. Even if they don’t want to go, at least they don’t feel like you forgot about them and then you can come up with new ways to hang out and have fun together! Secondly, the person just may have zero interest in fitness and they may find your newfound love of health and the gym annoying. That’s ok! Not everyone is interested in fitness and they shouldn’t have to be. Here, you can either check yourself and see if you really are being over zealous and scale it back, or gently let them know that everyone has unique interests and friends deal with that. I can think of a few friends and relatives who have hobbies that I couldn’t care less about, but it matters to them, so I listen.

Lastly, and this is the trickiest situation, your ability to follow through with your fitness and health goals makes them feel bad about themselves. I don’t want to call it jealousy per se, but much like being the only vegan in the room makes people feel the need to defend their food choices (regardless of what you did or didn’t say), being the “fit person” in the room can make people do the same. Sometimes they feel the need to take you down a peg to feel better about themselves, and that’s not really a cool thing to do. If this is a close friend or family member, you’re probably going to have to have a talk with them about it. Ask them why they feel the need to say those things. Let them know that this is something that you’re doing for yourself, and that you are in no way trying to be “superior” to anyone else, including them. If it is a co-worker or acquaintance, I find it best to answer their questions curtly and directly and just keep doing what you do. Nine times out of ten, that person will eventually come back around and start asking you genuine questions. But if they continue to be rude, there is no need to subject yourself to that, so just don’t engage!

Ultimately, you have to push this negativity aside in order to keep on your path and some days will be much easier than others. Keeping a journal or even making a vision board can help you keep sight of your goals when they start to get muddy. Finding communities with similar interests (like the Vegan Bodybuilding Community on facebook) can be just the right motivation too, and helps you to see that you’re not alone at all! Being a good example of a happy, healthy person is the best way to shut out negativity. As the saying goes, “People who say it cannot be done should not interrupt those doing it.”