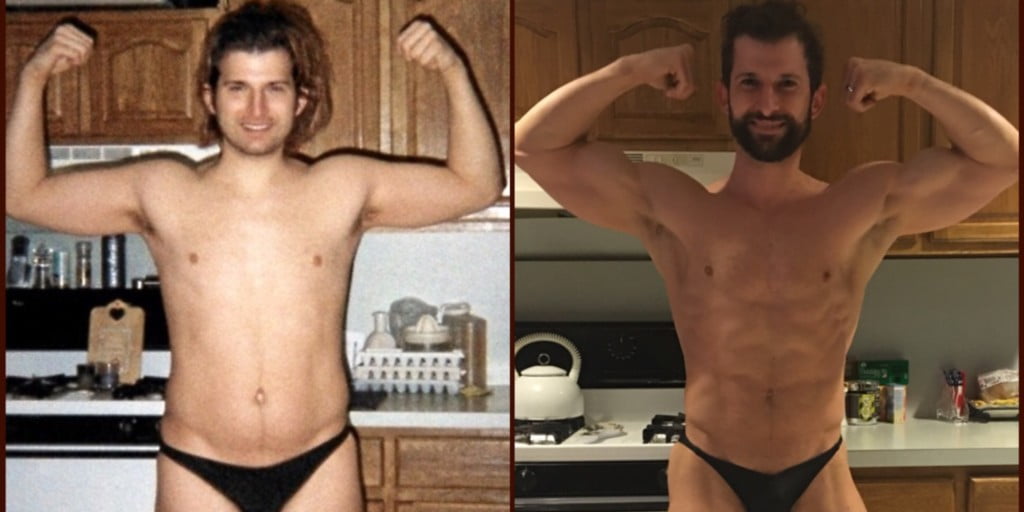 The ups and downs of my bodybuilding journey.

My journey as a physique and strength based athlete began at a very young age.  Being an overweight, dorky, and shy kid, I quickly became the most picked on kid in junior high.  Even as a senior, both boys and girls grades younger than me still teased me mercilessly, to the point where I was afraid of being on the school bus or alone without a teacher around to supervise.  I hated it.  I wanted to feel confident and be able to stand on my own two feet.

I loved music, and it just so happened that my conductor in high school was a champion bodybuilder.  He showed me around our school gym and I was immediately hooked.  I become enthralled by the prospect of being able to transform my physique and become stronger.  The thought of being able to both feel comfortable in my own skin and also stick up for myself was enough to fall in love with the gym.

I carried on with my training and once college rolled around, I started to delve into the nutrition side of things.  i realized that if I really wanted to transform my body, that I needed to build it in the kitchen.  I read bodybuilding magazines religiously (as back then the internet was not a thing) and l Iooked up to all the big names in the industry.  At the age of 21 (2002), I competed in my first bodybuilding show.. and I won!  It was the most amazing feeling of my life.  I had no idea that I could take myself to such extremes and do it in a healthful manner.. or so I thought.

There was much more bad information than good floating around back then and I bought right into all of it.  There were natural bodybuilders back then, but they just did not have the same reach and influence that the larger-than-life bodybuilders did who were on the drugs.  I had never wanted to take the steroids route.  I saw my peers look one way and then  eight weeks later, after doing a cycle of steroids, they’d look like a completely different person.  Something about it just didn’t seem right to me.  I vowed from the beginning to be a drug free athlete for life.

Despite being a natural bodybuilder, I still wanted to be muscular in a larger-than-life kind of way.  So when I was in a gaining phase like the drug enhanced bodybuilders, I packed on anywhere from 20-50 lbs of bodyweight and when I cut, I cut down HARD.  Once I was done leaning out, guess what would happen?  I’d rebound, and FAST.  There was no way that I could gain a whole bunch of muscle that fast naturally or keep the weight off after the fact.  I was following the advice of those who, with the help of drugs on their side, were able to hang on to (and sometimes even gain) muscle on a extreme cut.   And for a natural athlete, that’s just not possible.  After the noobie gains you make in the first 4-12 weeks of training, you can only expect to gain a couple of pounds of muscle in a year’s time.  And those returns diminish significantly over the years.  That’s just how it goes.  You can still develop an amazing physique, you just have to be realistic about your expectations and also work within your means and genetic potential.  Gaining a shit ton of weight is not going to make you more muscular and will likely do more harm than good over time.

After doing this for my first show, I tried to do it again but it never really worked out for me.  I would gain and lose and still look almost exactly the same.  And when I was on the heavier side, I secretly hated myself.  I wanted nothing more than to make compounding muscle gains over time and not have to be overweight to do so.  But I thought that was my only choice.

I decided to give up on trying to have an aesthetically pleasing physique because the process was just not worth it to me.  I was sick and tired of the process and wound up hating my muscles.  I thought to myself, maybe I should just be really lean and remain that way.  So I didn’t have to worry about this extreme process of bulking and cutting.  It just wasn’t worth it, but this just lead to other demons. I began doing fasts and detoxes, on a mission to be the purest, healthiest person I knew–of course I was becoming quite the opposite. My unhealthy relationship with my body and with food spiraled into something far worse.  In 2008 I landed myself in the hospital, battling for my life.  I was 5’10” and weighed 128 lbs.  I honestly don’t know how I survived and had it not been for my family checking me in, I don’t know that i’d be here today.  I had no idea at the time, but in hindsight I was in the throws of anorexia.

This photo was taken shortly after my release, 5 weeks later.  During my time in the hospital, I was told that I wouldn’t be discharged until I got back up to a healthy bodyweight.  So, I ate and ate until I could not eat any more and then I ate again.  I wanted to get over this thing and get back to a healthy weight and a normal life.  Of course I ballooned up in bodyweight, but at the time I no longer cared.  I didn’t know where the future would take me but I knew that I wanted to take a crack at loving myself again and eventually resume my bodybuilding journey. 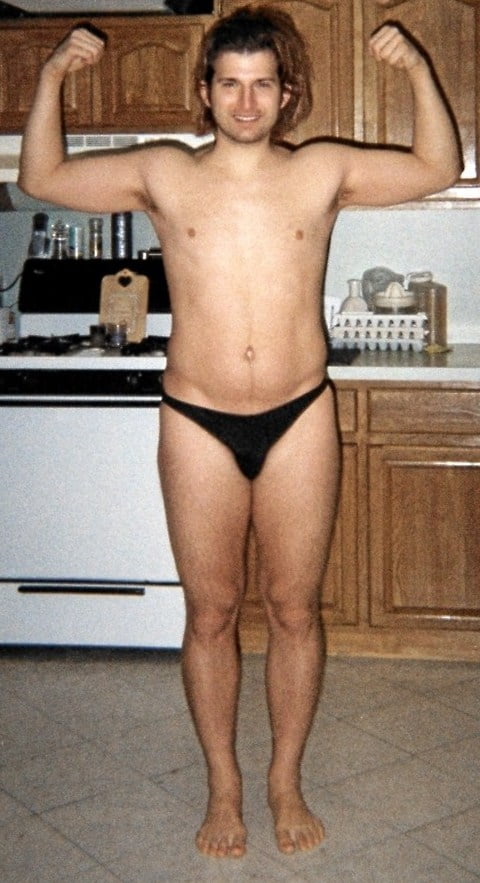 Through a bodybuilding forum (www.veganbodybuilding.com), I met Dani Taylor and we went on with this journey together.  We learned about bodybuilding in a healthful manner, and how to overcome disordered eating together.  With the rise of social media and the internet in general, information started to become readily accessible.  We became research geeks and wanted to learn everything we possibly could.  After all, this was our passion and we both wanted to succeed.

By 2012, we had really have a firm grasp on sound nutrition and training principles, and began to apply it to ourselves.  I competed in 2013, 2014, and 2015, and each year I was able to keep much of the muscle I built.  And as I became more comfortable with the process, I was able to stay leaner and leaner in the offseason, while still gaining muscle.  Year round!

The last time I stepped on stage was September 2015.  I’d also like to note that it was my 4th competition of 2015 alone and I was eating more food going into it, not cutting.  This picture was taken at my family’s house on Christmas morning, after an enjoyable meal with my family the night before; full, satisfied, and in the best shape of my life.  This was two months after my last competition, without rebounding at all.  I have reverse dieting to thank for that. 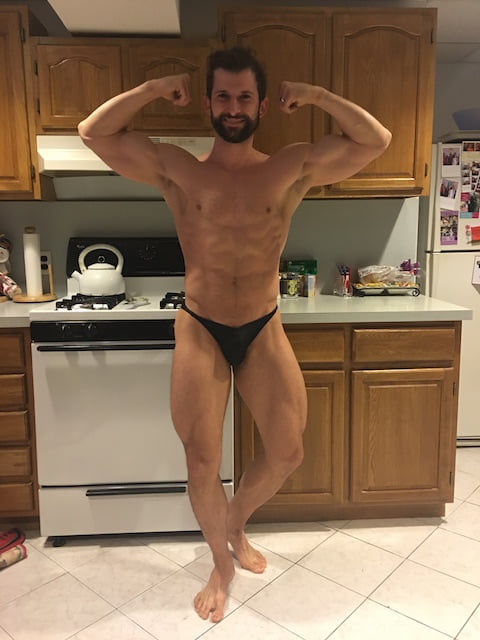 As far as nutrition, I am no longer restricting or limiting myself in my food choices.  Thanks to flexible dieting, I can work in pretty much any meal or type of food that I want.  I went through some really dark times in my past and there was no shortage of struggle, but through it all, I now have the healthiest relationship with food and my body that I have ever had in my whole life.  I can eat out at social events, satisfy any and all food cravings, and stay right on track with my physique goals.  I feel like a whole person again and I also get to continue to compete and become more competitive each year for the rest of my life, while also staying fit year round.  And without going to unreasonably extreme measures.

If I could go back in time, I wouldn’t have done it any other way.  It took a long time to love truly love myself from the inside and to figure things out.  For anyone who is reading this and is dealing with body image issues or struggling to develop a healthier relationship with food, know that you are not alone.  I promise you that you can get to a better place and also remember that it is your journey.  There will be peaks, and valleys, and times of uncertainty.  But if you stick with it, you can make lasting changes.  I hope that by being transparent in my progression, that I may help others in theirs.  Thanks for listening and stay strong. 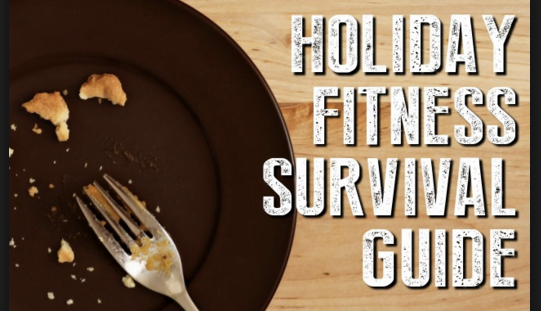 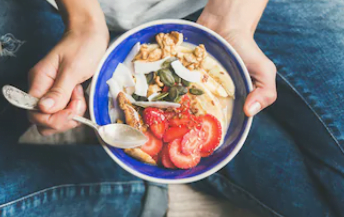 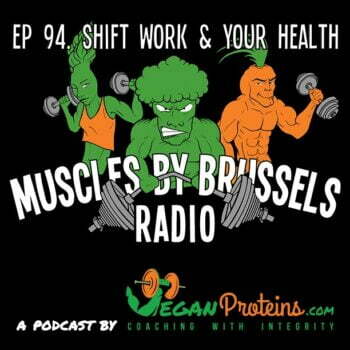